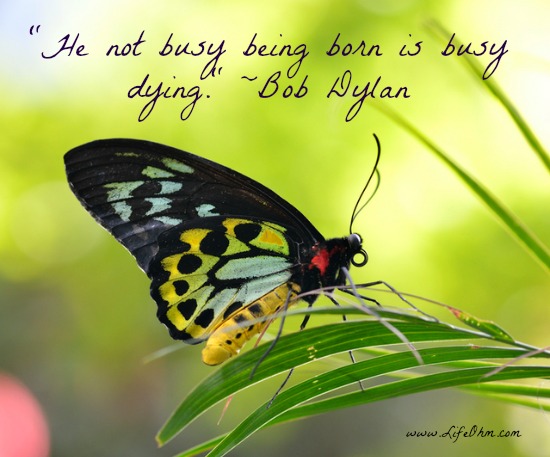 Pursue your passion. That’s the traditional wisdom, right? But there’s more to it than just that. In his new book, The Happiness of Pursuit, Chris Guillebeau explains how you can also find a purpose in the pursuit of a quest. The book is based on his experience visiting 193 countries, and how the pursuit of that quest also gave him great purpose in life.

Since I received two copies of the book from the publisher (thanks, Chris!), I’m giving away a hardback version of Chris’s book to one lucky reader! The contest details are at the end of this post.

So what is a “quest” exactly? According to Guillebeau, a quest “is a journey toward something specific with a number of challenges throughout. Most quests also require a series of logistical steps and some kind of personal growth.”

Some quests that were completed by people interviewed for the book include:

Guillebeau found several common threads among those who decided to complete a question. Every person had been feeling some type of dissatisfaction with their normal lives. They felt the emotion of their own mortality. Not in a morbid way, but rather a deep understanding that life is short, and you only live once. They wanted to experience something deeper and more meaningful in their lives. Critically, these individuals also had a willingness to take action. In many cases, individuals felt “called” to their quest.

One woman who completed a quest stated:

“I want to make my life worthwhile, I consider myself an instrument and if I don’t put myself to work for the greatest possible good, I’ll feel like a wasted a chance that will never return.”

It’s the Journey, Not Just the Destination

As with life, pursuing a quest is about what happens on the journey, not  simply reaching the goal or destination. People who have pursued a quest report the following benefits:

“Embracing new things often requires us to embrace our fears, however trivial they may seem. You deal with fear not by pretending it doesn’t exist, but by refusing to give it decision-making authority.” ~Chris Guillebeau

A quest may start as a smaller goal and then grow as your confidence grows. In Guillebeau’s own story, a desire to travel grew into his quest to visit every country in the world after he completed some initial trips. 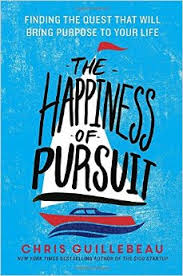 Contest – Enter to Win a Copy of The Happiness of Pursuit

To Enter: Leave a comment in the section below, responding to one of the following questions:

1.) Have you ever started a quest? What was it and what kind of results did you experience?

2.) Describe a quest that sounds fun and exciting to you.

One winner will be randomly selected using Random Number Selector on Monday, October 6, 2014. The contest ends at 5:00 p.m. Pacific Standard Time on Monday, October 6, 2014. The winner will receive one hardback copy of “The Happiness of Pursuit” by Chris Guillebeau. If you win, you will be notified by email at the address used for your comment. We’ll also post the winner’s name here. One entry per person.

UPDATE: Congratulations to Angela McKinney! You were the winner of our drawing. Thank you to everyone for participating!

Disclosure: Other than receiving the two copies of the book, I have not received any compensation for writing this post and have no material connection to the author. I am, however, an Amazon affiliate.